LAKE BUENA VISTA, Florida – The date was October 1, 1971. The world of travel changed a lot that day. It’s when Disney World opened its gates.

The popular tourist destination has welcomed visitors from all ages, backgrounds and countries for 50 years now – and that huge contingent also includes golfers.  Opening Day for the Magic Kingdom was the day that two of its golf courses – the Magnolia and Palm – also opened.

Joe Lee designed both of those courses, and they’re still going strong. So is Oak Trail, the nine-holer that uses the same pro shop as the two original layouts, and nearby Lake Buena Vista, the third 18-holer that opened 10 years after the Magnolia and Palm. Lake Buena Vista is also a Lee design.

The story of how these courses came into being, and the events held there, merits a recalling as the resort is in the midst of a year-long “World’s Most Magical Celebration’’ and the golf arm is proclaiming itself “the Happiest Place on Turf.’’

Alex Forsyth, the director of sales and marketing for Walt Disney World Golf, said the 50-year celebrations will carry all the way through 2022 and even into the start of 2023 but a big part of the golf festivities will come over the next few weeks when he says “a major announcement about future development’’ will be made.

Forsyth wouldn’t go into details about that but did admit that “there are no plans at present to get back on the PGA Tour.’’

Been there, done that.

The Disney courses hosted events on the PGA Tour for 42 consecutive years, from 1971 to 2012. Most were at the tail end of a year and drew the top players and big crowds. Then the FedEx Cup Playoffs were incorporated into the PGA Tour schedule, creating a big climax to each season, and the Disney tournament became an early event in the following year’s schedule.

“In the first events of a new season there were not big names,’’ said Forsyth, “and without big names there weren’t big crowds. We relinquished our spot on the PGA Tour calendar, and that’s worked out well for us.’’

The resort’s attention shifted from big money tournaments to recreational players, and that has proved a good thing for all concerned.  The glory days of tournament play, though, are fondly remembered.

Golf very much remains a part of the Disney experience, as does its golf history. Credit the late Arnold Palmer for much of that. Palmer’s role in the development of Disney World Golf started before the first tee shots were hit on the Magnolia and Palm courses and evolved into his firm, Arnold Palmer Golf Management, operating the Disney golf properties long after his death. The resort and APGM signed a 20-year agreement in 2011.

Palmer and Disney World arrived in the Orlando area at roughly the same time.  Palmer was making plans to purchase  the Bay Hill Club the same year that Disney World opened. Palmer, who didn’t complete the purchase until 1975, had big plans of his own for Bay Hill, but he was willing to meet with Sandy Quinn , the resort’s director of marketing prior to the grand opening.  Quinn was assigned the task of getting a PGA Tour event on the new courses, and Palmer was willing to help.

His interest in the resort didn’t start with golf, though.  It started with a ride on the Monorail, but he brought some friends together and the World Disney World Golf Classic was held for the first time in December of 1971. Jack Nicklaus won the tournament the first three years. The format was switched to a team event from 1974-81 and then reverted back to its original format until its farewell in 2012.

The tournament grew with the times, changing sponsors and titles along the way.  Nicklaus’ winning prize was $30,000 in 1971, and Charlie Beljan – the winner of the final tournament in 2012 — earned $846,000. Tiger Woods won titles in 1996 and 1999.  Other champions included Larry Nelson, Payne Stewart, Davis Love III, Vijay Singh  David Duval, Lanny Wadkins, Ben Crenshaw and Luke Donald.

Magnolia, longest of the Disney courses at 7,516 yards from the tips with 97 bunkers and water on 11 of its 18 holes, was the layout most in the spotlight when the PGA Tour visited simply because the final round was always played there.  TV coverage was basically a weekend thing back then, so the cameras weren’t at Palm, which was also used for early rounds in all 42 stagings of the tournament, and Lake Buena Vista, which was used 17 times.

The tournament’s rich history is chronicled at the Champions Pavilion beside the first tee of the Magnolia. That course was also used for the Senior PGA Championship, and it had some well-known winners, too. Charlie Sifford, Pete Cooper, Julius Boros, Joe Jimenez and Jack Fleck won at Magnolia from 1975-79.

When the PGA Tour stop completed its 42-year run it was the longest-running tournament on the circuit’s calendar. Lake Buena Vista also has a notable historic reference; it was the site of the HealthSouth Classic from 1996-97 and that tournament was the first event on the Ladies PGA Tour to be broadcast live on The Golf Channel. Karrie Webb and Michelle McGann won those tournaments at Lake Buena Vista. Pat Bradley won her title at Eagle Pines, a Pete Dye design that closed in 2007.

Back to Palmer.  He competed many times in Disney’s PGA Tour stop but never won. Even with the PGA Tour event established at Disney World, he wanted an event at Bay Hill and convinced the circuit to move the Florida Citrus Classic from another Orlando course, Rio Pinar, to Bay Hill in 1979. Now called the Arnold Palmer Invitational, It’s had been held 44 consecutive years there.

Disney World’s fourth course, and only nine-holer, has an interesting history as well.  It started as a six-hole course in 1982, called Wee Links. The course was built in conjunction with the PGA Tour as a base for affordable junior golf. The course had artificial tees and greens, a unique concept at that time.

Wee Links consisted of the present holes 1-4 and 8-9.  It expanded to nine holes when Florida-based designer Ron Garl built three holes, all much stronger than the other six, in 1991. 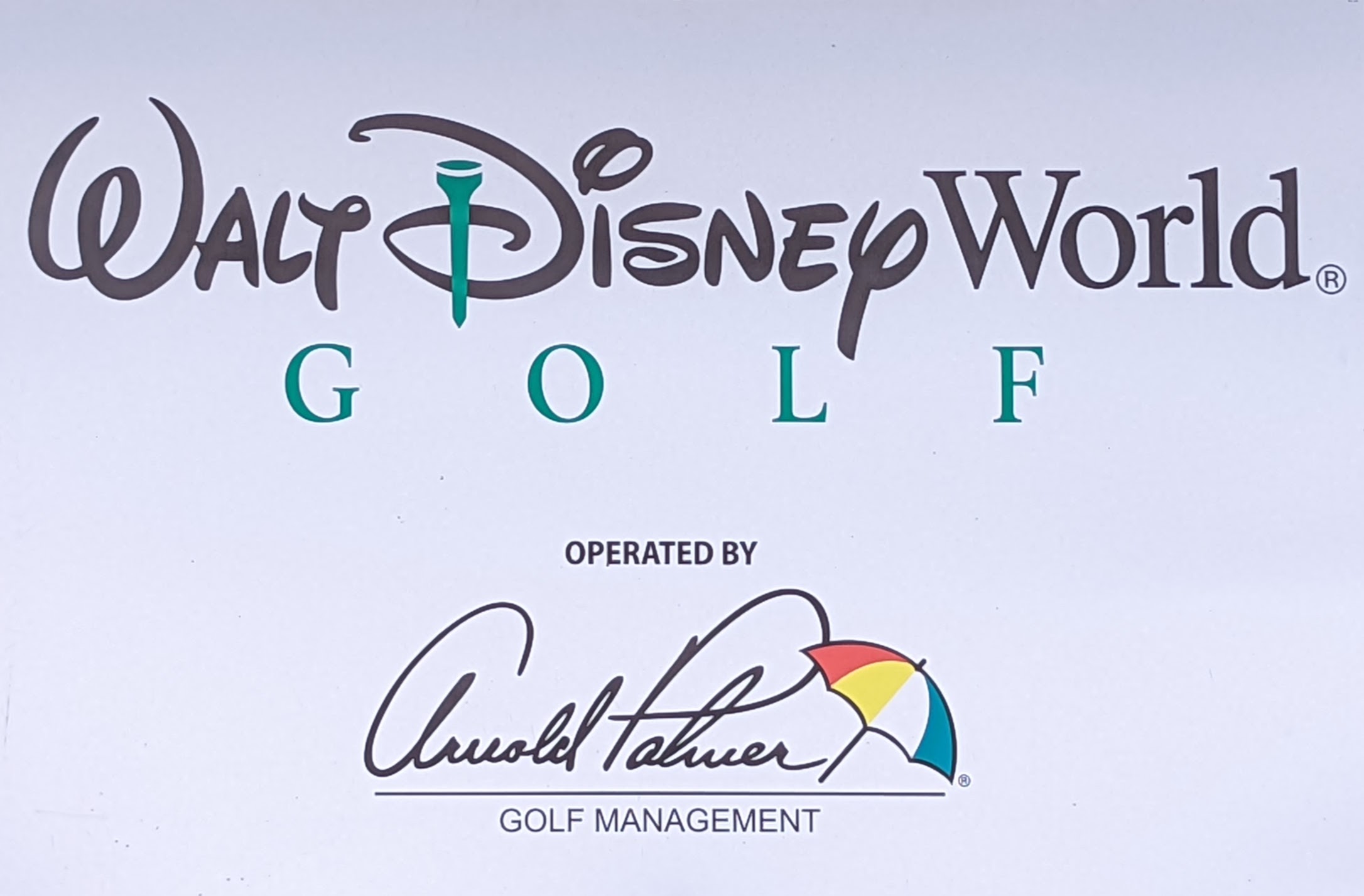