PORT ST. LUCIE, Florida – December’s re-opening of the Ryder Course merited a celebration at PGA Golf Club – the winter home of the PGA of America’s 29,000 members.

The first course to open at the premier resort on Florida’s east coast was the last of its three 18-holers to get a facelift during a hectic five-year period. General manager Jimmy Terry re-opened the Ryder for public play on Dec. 1 and formally celebrated the event two weeks later with a media contingent that was quick to recognize the magnitude of the work that had been done.

“We started five years ago, and this is a joyful occasion for us to wrap it up,’’ said Terry. “Honestly, there has never been a better time to be a part of PGA Golf Club.’’

The sometimes frantic five-year period began with the hiring of Terry and highly-decorated director of agronomy Dick Gray, whose leadership in the renovation of the three courses led to his being honored as the Turfnet Superintendent of the Year in 2016. There’s no higher award in his industry than that one, but Gray downplayed the work on the Ryder layout. He called it “basically a grass job,’’ but those who had played the course before the renovation quickly realized it was much more than that.


A little historical perspective is in order.

The PGA Golf Club opened its doors on Jan. 1, 1996, and the first tee shot was struck on what was then called the North Course. The second, called the South, was opened four months later. Both were Tom Fazio designs.

Ten years later those courses were renamed, the North becoming the Ryder in honor of Samuel Ryder – founder and namesake of the Ryder Cup – and the South becoming the Wanamaker, in honor of Rodman Wanamaker, whose name graces the trophy given annual to the winner of the PGA Championship. The Ryder features a colorful history display at the No. 1 tee and each hole has markers recounting big moments in the history of the match play competitions between the U.S. and European teams.

PGA Golf Club also has a third course, named in honor of its designer Pete Dye, that opened in 2000.

“The Dye is different just by its look,’’ said Gray. “The Ryder and Wanamaker, from being designed by Fazio, have a lot of commonality but they’re grassed a little differently.’’


Playing-wise, the Ryder has always been the most player-friendly of the PGA Golf Club courses.

“On the Ryder you don’t have to carry a tee shot over anything,’’ said Gray. “On the Wanamaker you’ve got to play over something (hazards), and that’s a big difference.’’

The Ryder still has its wide fairways and 11 lakes and ponds, but it also now has the same Celebration grass on its fairways and Tif-green putting surfaces that the Wanamaker and Dye layouts have.

“It’s now the same grass, the same quality of turf, on all three courses,’’ said Gray. “It should be consistent from green to green, hole to hole and course to course.’’

The change in grass, though, does create a new look from the old version of the Ryder.

“We reframed some of the holes, and that should change the look of the place and the way it plays,’’ said Gray. “Our players can read the hole from the tees better just because of the re-framing.’’

The hole that looks the most different on the Ryder since the renovation is No. 4, a par-5 that plays 484 yards from the tips. Water runs down the right side of the fairway and now comes into play more around the green as well. It’s the most visually stunning hole on the new course, but the new white sand bunkers are attractive throughout.

Course yardage is listed as an even 7,000 from the Medal, or back, tees. The first of the six tee placements is at 5,038 yards.


The Ryder renovation was not in the original sequence planned for the five-year resort-wide renovation. It was to be done immediately after the Wanamaker redo, but the plan was altered by the scheduling of a series of big events in the 2017 season. The second course to be renovated turned out to be the Dye, as the club staff feared that the Ryder might not be ready in time for this year’s big events. The Dye was re-opened in November of 2016.

Now all that decision-making is over, several golf publications have honored the work done, club membership is up to nearly 1,000 and its finances are, in Terry’s words, “much improved. All is well for PGA Golf Club and its nearly 250 work families.

“We’re charged with delivering an exceptional product,’’ said Terry. “We came on board with a five-year plan to re-establish the PGA Golf Club to a level commensurate with the reputation of the PGA brand. There’s an expectation that comes with that, and we’re not scared of those expectations. We spent over $15 million in renovations and capital projects to re-establish this place.’’

“We’re not done. There’a few other things to finish,’’ said Terry. “We’re at the next stage.’’

Sale of the fourth course, St. Lucie Trail, and the 35-acre PGA Learning Center will likely impact the timetable for when those “other things’’ will be addressed. Terry said there have been offers made on those properties but completion of the sales is not imminent. 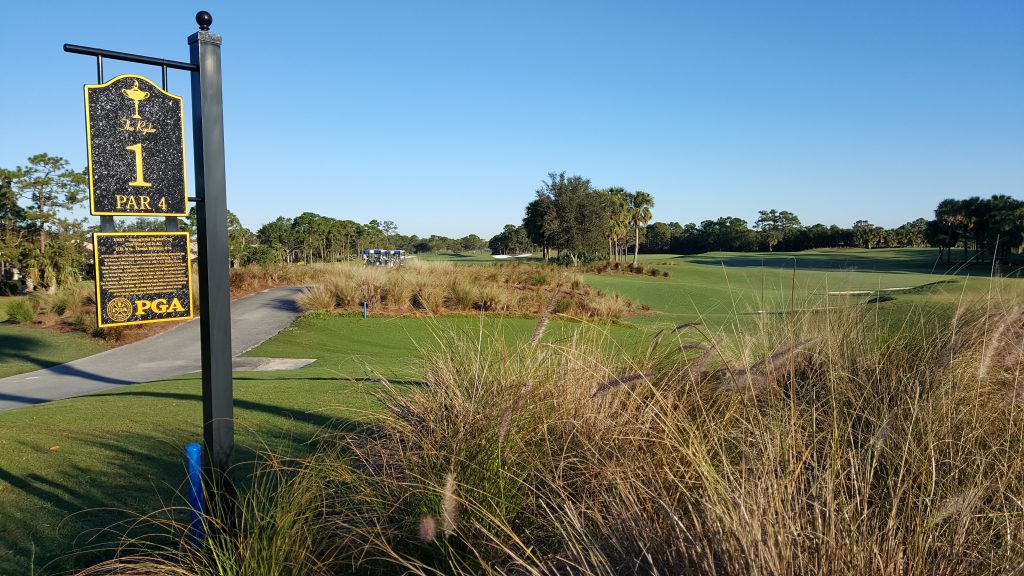