If ever a movie – especially a sports-themed one – merited an anniversary celebration it’d be “Caddyshack.’’ This movie didn’t really have a plot. It was just a series of memorable scenes with actors Bill Murray, Chevy Chase and Rodney Dangerfield the lead characters. Still, over the years its fan base grew and the movie became a classic.

Now Caddyshack is getting an anniversary celebration – and a beer to go with it.

Production on the movie started in 1979 and it was released in 1980 – 40 years ago. To commemorate the 40th anniversary the Flying Dog Brewery of Frederick, Md., introduced a beer called Night Putting.

Flying Dog is billing itself as “America’s most disobedient brewery,’’ and that’s in keeping with the raucous nature of the film. The beer, a reinvented pale ale, is being sold in 16-ounce cans and is available in four-packs.

“When conceptualizing this beer we knew we wanted to pay homage to the classic comedy, so we created a beer designed specifically for golfers,’’ said James Maravetz, Flying Dog’s marketing director. 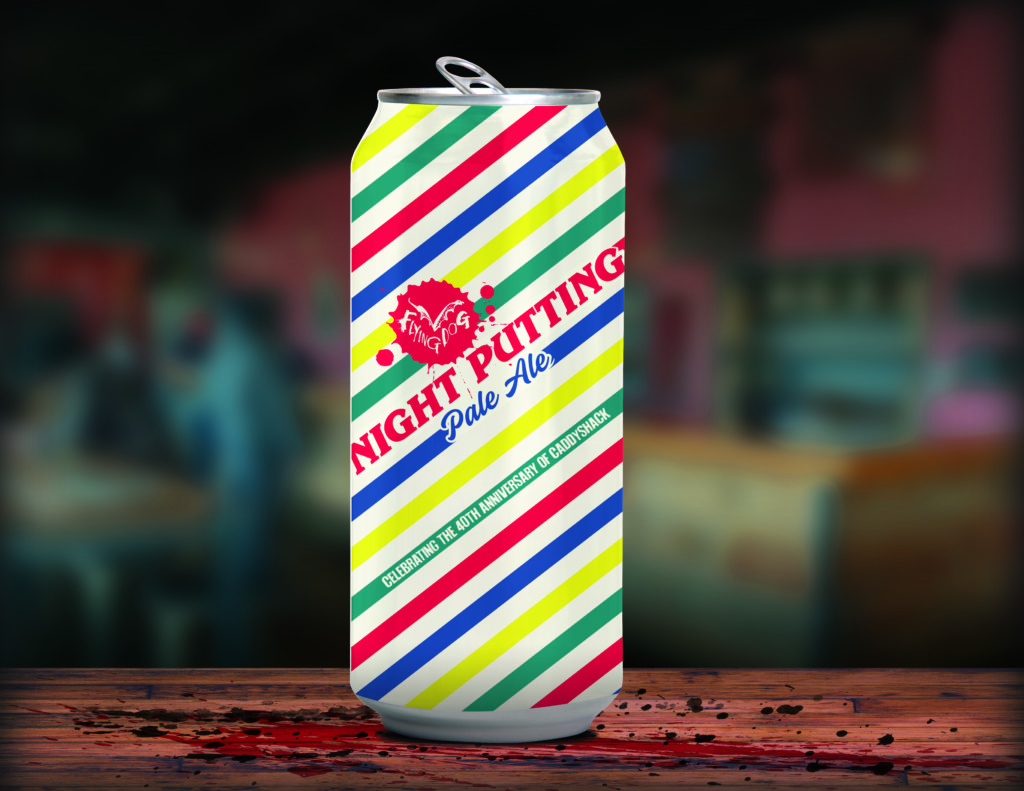 You have to be a Caddyshack devotee to appreciate all the humor, but the colorful beer can matches the shirt that the Judge Elihu Smails character (played by Ted Knight) wore when he met Al Czervik (the character played by Dangerfield). Their meeting started all the fun.

The Night Putting reference was coined by Chase’s Ty Webb character, and Murray played the nutty golf course superintendent Carl Spackler. The “plot’’ for Caddyshack was created by co-writers Brian Doyle-Murray (Bill’s brother) and Harold Ramis. The general story was based on the Murray brothers’ caddie days at Indian Hill Club in Winnetka during their teen-age years.

A book has already been written about the wild life involving the cast and crew that was going on behind the scenes as the movie was being made. A sequel to Caddyshack was also made, but it wasn’t nearly as well received as the original version.

The original was made primarily at an upscale public course called Rolling Hills, in Davie, FL., near Ft. Lauderdale. A lot has changed there over the last 40 years. Wayne Huizenga, who at one time owned football’s Miami Dolphins, baseball’s Miami Marlins and hockey’s Florida Panthers, bought the golf club in 1999 and converted it into a private venue called Grande Oaks. The course was re-designed by PGA Hall of Famer Ray Floyd shortly after Huizenga bought it.